The CALM All Porsche Trophy isn’t just a low-cost way into racing the famous marque – it also takes a unique approach to club level motorsport. Starting as new home for 4-cylinder transaxle cars, early success has already widened the entries to include models from over 30 years Porsche manufacturing. 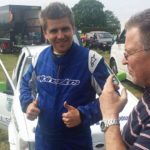 The creation of the series is a very personal story, as Club manager Philip Waters explains. “I was made aware of mental health issues amongst young men following a family tragedy in 2008. My family and I know only too well how the loss of a family member can affect the whole family for ever.  As a result, we decided to become involved with the charity CALM (the Campaign Against Living Miserably) and started raising funds by organising music events and auctions. Every week 125 people in the UK take their own lives, and 75% of all UK suicides are male – CALM exists to change this.”

“The success of a one off race for Porsche 924s at Donington in 2017, attracting a grid of 18 car – the largest grid since the heyday of 924 racing in the early 1990s – showed the series had great potential. Young driver Ryan Lowry joined me in creating the series and we quickly learnt how to become race organisers.”

Ryan lost his life in tragic circumstances, but Philip knew to keep their dream alive by continuing to develop and expand the series. He continues, “the 2020 season was meant to be a 6-race series; we were due to take in special rounds at Zandvoort and Thruxton as an exchange venture with the All Dutch Porsche club. Despite the dominance of COVID last year, the series did manage to run two races: one on the rarely-used Brands Hatch GP circuit and then at the end of the season three Porsche teams entered the Birkett 6 hour race at Silverstone.”

Setting another first for UK club racing, the series took forward an idea originally discussed between Ryan and Philip, “I had discussed balancing our carbon footprint by buying enough carbon offsets to cover the carbon emitted by all our teams, officials and spectators. So we became the first grass roots race series to be Carbon balanced”.

Philip continues, “2021 has seen us starting to widen the ZeroCarbon initiative to encourage the whole of the motorsport industry to join us in our efforts to make a real difference to the public’s perception of racing. We have joined up with Carbon Neutral Britain to offer all clubs, championships, teams the chance to balance their Carbon consumption. The 750 Motor Club, Britain’s oldest motor racing organisers, are the first to have the foresight and imagination to offset all of their championships and race series in 2021 in this way. We know that offsetting will not fix the problem of Global warming, but perhaps it will give us time to develop the technology and find the will to make the changes necessary to survive. Forget COVID – it’s Global warming that will get us in the end”.

Despite still being under lockdown for the first part of the year, we managed to build a calendar of 6 race meetings (including the Birkett) although our collaboration with the All Dutch Porsche Club had to be abandoned. We again are to share some of our grids with Bernie’s V8 and have been invited to be part of the annual Porsche Club GB motorsport event at Brands Hatch in September. 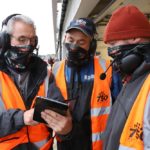 For 2020 we changed not only our name but also our regulations to allow ALL Porsche models both new and old. Running 5 rounds in 2021 with one being a European round as part of our link up with The All Dutch Porsche Club Racing. From 2019 we are on target for well in excess of £12,000 and this continues to grow.

With motorsport seriously affected by the COVID-19 pandemic, we were lucky to get a race in at all! As it happened we were again invited to share the Brands Hatch GP grid with Bernie’s V8s and managed to field more than twice the number of Porsches as we had the previous year. We then entered three cars in the 6-hour Birkett Relay at Silverstone. 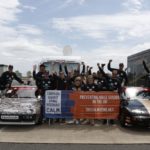 2019 saw us launch as CALM Classic 4Pot Porsche Trophy – a series dedicated to classic 4 cylinder Porsches such as the 924, 944 and 968s. Starting out we initially ran two meetings at Silverstone and Brands Hatch GP, both proved popular and the number of entries exceeded expectations of any first season and enabled us to raise much needed funds for CALM whilst also keeping track time down to a minimum. We also had some teams enter the Birkett 6 Hour relay race on the Silverstone GP Circuit.

2018 saw us with a last minute call up to race with Porsche Club GB, although not organised by us we fielded cars to make an exciting race and the decision was made to go it alone and set up our own series so planning for the 2019 season started.

2016 saw friends Philip Waters & Ryan Lowry get together off circuit for a change and start to get together the start of something fantastic. with 2017 being the 25th anniversary of the Porsche Drivers Association (PDA) which initially fielded Porsche 924s in a one make series before the Boxster’s were introduced. The last weekend in September saw The Great Race come to life! 18 race ready Porsche 924s made the grid for the race and it certainly was spectacular to see the biggest number of 924s seen on a grid since the early 2000’s The race was a massive success and raised a fantastic amount for charity and has become our spring board to where we are today.