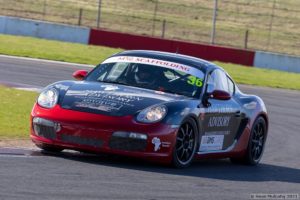 For our first race of the new season 22 Porches – a new record for the series – joined Bernie’s V8s on Donington’s GP circuit. We welcomed many newcomers to our grid including father and son team Jon/Christian Walker in a Boxster; newcomer Daniel Crego in the Charles Ivey-sponsored 968; former BRSCC Boxster champion Adam Southgate plus his ever present family support team in his PDA Boxster; Ryan Mone in his 944 S2; Paul Simpson – who unfortunately couldn’t start with his Boxster due to unsolvable transmission problems; Alan Drain in his ex-Bernie Printy’s Boxster; Matt Kyle-Henney in his striking yellow-wrapped Boxster; and rapid Porsche Club and PDA racer James Coleman in a brand new just-finished 987 Cayman.

The cars ventured out into the sun and show alongside the large Bernie’s V8 contingent for qualifying, except for the unfortunate Paul Simpson.

With the 987 Caymans of Jonathan Evans and James Coleman out front, on row two we had returnee Adam Southgate who clearly has lost none of his pace as fastest in the SPDA class and 4th overall. Another ex-PDA racer Andy Porter was less than 3 tenths off Adam’s pace in class second, promising a fierce battle between the pair for SPDA honours.

SP2 pole was taken by the rapid Jon and Christian Walker combination in their Boxster less than a second clear of newcomer Matt Kyle-Henney in his Boxster.

In SP3, Polesitter Ryan Mone’s 944S2 was separated from the next in class McHughs’ 944 by a scarcely credible 2 thousandths of a second!

Having made P2 in class SP4, Chris Valentine’s 924 didn’t quite make it to the end of qualifying when his exhaust manifold fractured; a very generous offer from Andy Pritchard to fetch a replacement was turned down as fitting it was considered impossible in the time available.

The Porsches mixed in well with the V8s with Jonathan Evans’ 987 Cayman taking overall pole alongside James Coleman and with Adam Southgate and Andy Porter mean four Porsches out of the top six of a 35-car grid.

James Coleman briefly held second with Adam Southgate snapping his heels while Andy Porter, squeezed by a late-braking Mustang, turned back onto the start-finish straight. Stuart Ings and the #8 Corvette of Adam Chodosh came together at the same spot on the following lap, the 968 suffering considerable damage as a result.

Lee Bowden’s 986 Boxster span on the exit to the Melbourne hairpin, re-joining without damage – to the car at least.

Jonathan Evans, headlights ablaze, was around 4 seconds clear out front when he started to encounter the rear of the grid, but he chose to pit as soon as the board went out on the following lap.

Adam Southgate encountered a gaggle of cars exiting the pit lane while in the lead before his own stop.

Battles continued throughout the field – some purely Porsche but in other cases with Porsches mixing it with one or more of the V8 runners. Notable among these was a close battle between the mighty #39 Cobra and Andy Porter’s Boxster – settled in Andy’s favour by 1.5 seconds; the Sampson 968 crossed the line just 0.2 seconds ahead of an MGBV8 after 40 minutes of racing.

Jonathan Evans took the win for the Porsches, being beaten only by a single V8, the TVR Tuscan of Matt Holben, with Adam Southgate’s Boxster 21 seconds behind.

The Adam and Jake Egar SP3 class-winning 968 finished in an excellent 10th overall, 6th of the Porsches despite suffering two time penalties for pit stop and track limit infringements and ahead of Rob Hardy who pedalled his Boxster impressively throughout to take a well-deserved SP2 class win.

Stuart Ings finished at the head of a midfield gaggle of SP3 944s and SP2 Boxsters despite being savaged by the ambitious and ultimately penalised Corvette – a very rare incident in a series founded on non-contact racing.

The SP4 class was beset by unreliability, with Andy Pritchard finally taking the win without most of his gears after the class leading Callahan/Rossin 924 disgraced itself with a late race catastrophic engine failure.

Our thanks to Charles Ivey Porsche for sponsoring the “best presented entry” award to the grey #15 986 Boxster of Jon and Christian Walker. Our next outing is on the Brands Hatch GP circuit on Sunday 9th May. 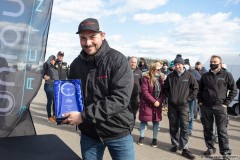 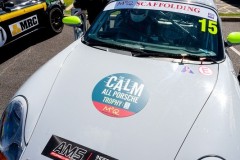 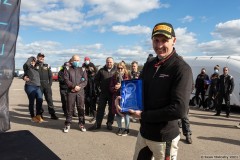 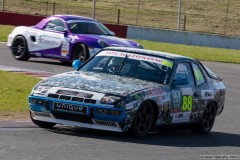 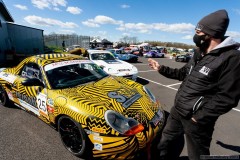 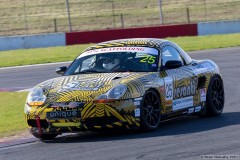 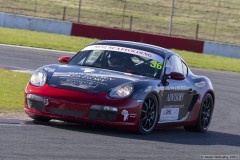 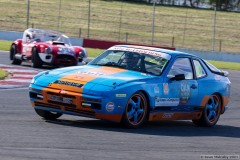 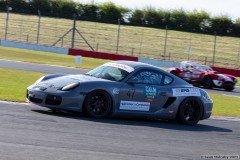 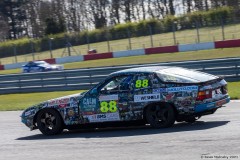 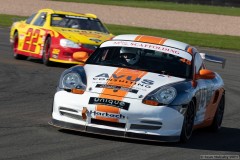 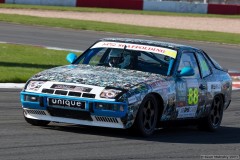 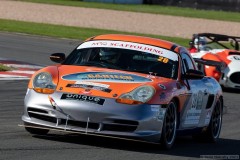 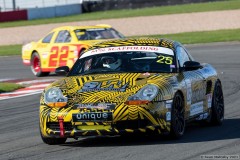 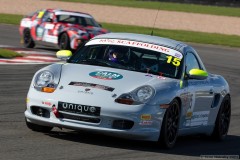 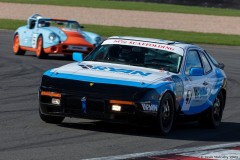 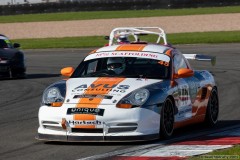 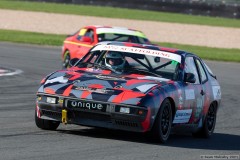 1 2 ... 5 ►
Photos in the event gallery above are copyright of their contributing photographer – kindly credit them if published elsewhere.