ScrapCarComparison – one of our sponsors – recently posted the following article, reproduce here by permission of author Amy Josling.

Help support mental health with the CALM All Porsche Trophy

The CALM All Porsche Trophy (CAP), as its name suggests, is a race series for all types of Porsche, mainly aimed at grassroots individuals. The racing series started in 2017 to promote and fundraise exclusively for CALM (The Campaign Against Living Miserably), a charity solely focused on supporting those suffering with mental health issues.

What is the CALM All Porsche Trophy?

Philip Waters, the co-founder of CAP, became aware of the mental health issues troubling young men following a family tragedy in 2008. He became involved with CALM shortly after and decided to use his lifelong passion for motorsport to raise the profile of mental health issues in young people, by creating this amazing race series. Any profits raised from the series are donated straight to CALM. The CALM All Porsche Trophy has since grown to become the largest all Porsche racing series in the UK. In 2019, the owners took over the Porsche Racing Drivers Association, running a 6 race series across the country with one round in Europe.

Dan Gick, Director of Scrap Car Comparison, went to school with Philip’s children and has been a family friend ever since. Dan’s generous nature has led to Scrap Car Comparison becoming the event’s largest benefactor. Dan races in the All Porsche competitions each year, in the uniquely branded car.

The importance of CALM

According to CALM, 1 in 4 people will experience a mental health problem at some point in their lives, which can come in many forms and can have devastating impacts. CALM is also leading a movement against suicide. Every week 125 people in the UK take their own lives – with 75% of all UK suicides being male. CALM exists to change this, and the CALM All Porsche Trophy supports the charity, bringing awareness and support to as many people as they can through the racing and promotion, to stop the heartache caused by mental health. The event aims to spread the word about mental health particularly in young men within the racing community. Research carried out by the co-founder suggests that as many as 90% of the events drivers are affected by mental health problems, either personally or amongst their family and friends.

Since the CALM All Porsche Trophy started, it has worked hard to raise money for CALM. Between donations, bike rides, various sponsored events and any surplus they have at the end of the season also goes into the charity, to date they have raised over £20,000 – that’s an incredible amount of money, all going towards bettering other people’s lives and making a difference to those who suffer with mental health problems.

Scrap Car Comparison has been involved from the very beginning. Back when the event was just starting out, Scrap Car Comparison raised around £8,000 to get the project running. Scrap Car Comparison has featured CALM as their charity of the month and have continued to raise money for the charity and event since it began 3 years ago. Director of Scrap Car Comparison, Dan Gick, raced in the recent Birkett race event on the 24th October 2020 at Silverstone’s GP circuit with his two teammates, Angus Archer and Kevin Ludford. The “CALM Inbetweeners” took to the track against 69 other teams. Angus and Kevin got behind the wheel of a Porsche Boxster S while Dan buckled up in a Porsche 924. Together, the team won “Best Porsche Team” and teammate Kevin Ludford also won an award for the best presented car. Dan said “Racing this year felt extra special after the difficult year we’ve had. This event is one that is particularly close to my heart, so it’s an honour to be able to be a part of it and support it through Scrap Car Comparison. It’s vital to continue supporting and bring awareness to such an important cause.”

A look to the future

In terms of the future, the CALM All Porsche Trophy will continue to campaign for mental health, particularly in the motorsport industry. The aim is to spread awareness and for individuals to share their experiences so people can get the help they need before they reach the point of crisis. Scrap Car Comparison will continue to support the CALM All Porsche Trophy events and aims to raise money, awareness and offer support to the charity into the future. Now more than ever during the global pandemic we face, it is important to look after our mental health as well as physical health and stand together for those who are affected by mental health issues. 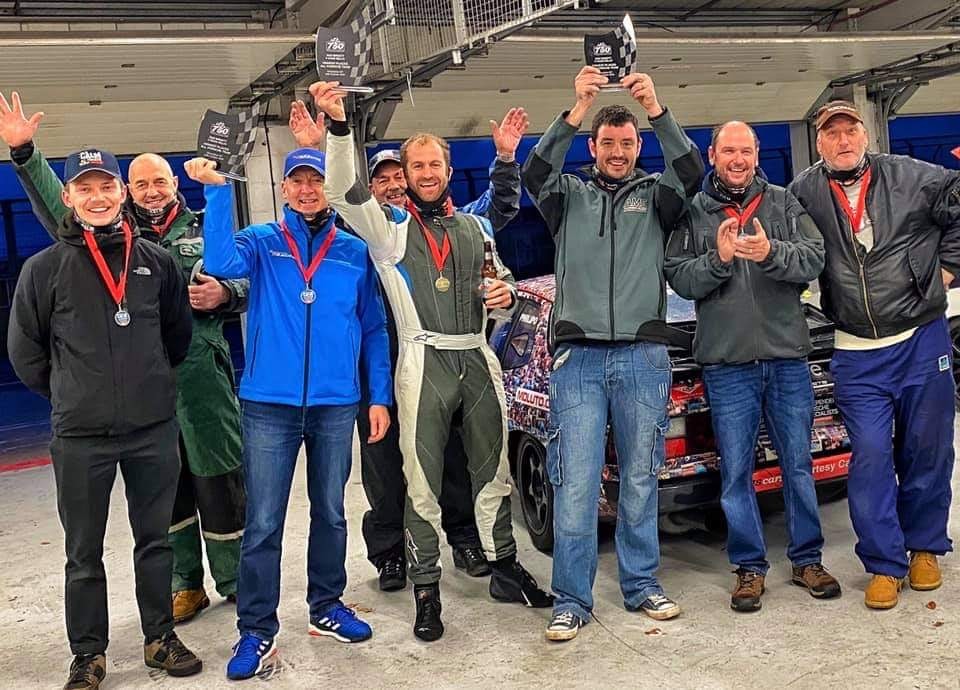 How you can get involved

Support CALM through your old, damaged or unwanted car with Scrap Car Comparison, and give some or all of the profits to support an amazing cause. Find out more about the 2020 race, or see how you can get involved in the CALM All Porsche Trophy.