Yet again there was a host of new faces, some experiencing a CAP race for the first time:

Special mention must also be made of Mark Horton who was missing his own stag “do” to take part in the race!

Qualifying
Qualifying took place in warm and sunny conditions and the CAP field made for a really impressive spectacle as they circulated in front of the large and knowledgeable Festival crowds on the short and tight Brands Indy circuit. Quickest was the Lewis/Mailer Boxster, half a second ahead of Colin Tester’s similar car. Colin Gillespie’s Cayman shared the second row with Adam Southgate’s SPDA Boxster which finished an impressive 4th despite running on only 4 cylinders after a couple of spark plugs failed.

Stuart Ings was quickest SP3 driver in his 944 in a remarkable 5th overall and well ahead of the next SP3 car. The expanded SP4 class was headed by the Jones/Harmer 924, over a second ahead of the next runner the Valentine/Hornsey example. “Philipo” completed the field after running for just 4 laps before pitting the car with a fuel leak, but was confident for the race.

Race
As the red lights went out, Adam Southgate’s Boxster, now running with its full complement of 6 cylinders leapt from the second row to take the race lead before Paddock Bend, and pulling out a lead of almost 3 seconds by the end of the first lap. He was never headed thereafter and cruised to victory almost a full lap ahead of the second place Boxster of Colin Tester. Colin became embroiled in a race long duel with Colin Gillespie’s Cayman, the duo fighting over 2nd and 3rd places fractions of a second apart for lap after lap, even after the pitstops. Just a few laps from the end, the Boxster managed to pull out a couple of seconds on the Cayman while lapping slower runners, and took an excellent second place. Colin Gillespie was on course to complete the podium, but was passed for 3rd just 2 laps from the end by the polesitting Boxster of Harry Mailer/Trevor Lewis which had dropped to 7th at the start, but made rapid progress with Harry at the wheel, carving through the field after the pitstops.

Behind the top 3, there was another extended duel, with Stuart Ings’ 944 mixing it with the similar car of Jamie and Tom McHugh and Jamie Callender’s SPDA Boxster. Ings ran in a remarkable 4th overall initially then swapped places with the other two cars throughout the balance of the race until an excursion into the gravel for the McHugh car caused damage to the exhaust that eventually led to its retirement. Jamie Callender finally finished an impressive 5th overall a few seconds ahead of Stuart Ings.

In 7th and 8th overall were the Kennelly family and Angus Archer/Felix Archer Boxsters. Separated for most of the race with the Archer car ahead by over 10 seconds, the gap closed after the pit stops and Ed Kennelly – who had never so much as sat in the car before qualifying – hunted down the Archer car, lapping quicker and quicker, passing it in almost a dead heat as they took the chequered flag. Ed was later presented with the Driver of the Day award for his inspiring performance.

The SP4 class separated into two groups at the start, with David Jones/Jon Harmer setting the intial pace before being joined by the Valentine/Hornsey and Karl Rossin cars for a close scrap, settled in favour of “Karlio” after David Hornsey had a coming together with David Jones at Druids, handing Karl the lead he was never to lose, from Jones/Harmer with Valentine /Hornsey the only other class finishers.

Andy Pritchard/Gary Campbell raced hard against the Sam Callaghan/Anthony Sahota and Philipo Waters cars, but retired with electrical problems. Philipo ended his race with a trip into a gravel trap after getting off line letting a gaggle of duelling Boxsters past, while Sam and Ant retired their car with a broken throttle cable.

The “Ryan’s best mate” award was won by Stuart Wallace of SW Engineering, who earned the trophy for his monumental effort in getting Philipo’s car ready for the race, going far and beyond what was expected. 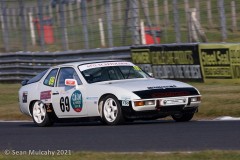 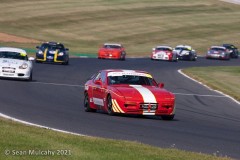 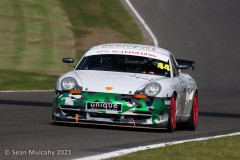 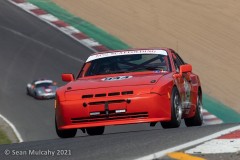 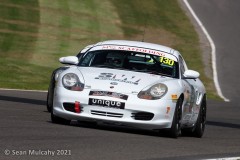 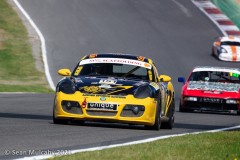 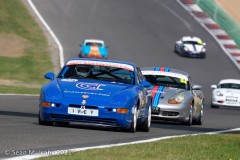 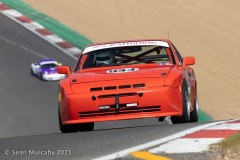